We apologize for any inconvenience cause to you and thank you very much for your kind attention.
Best Regards,
BAOYUE PEARL

Why did you choose October 1st?

National Day is a statutory holiday established by a country to commemorate the country itself. They are usually the independence of the country, the signing of the constitution, the birthday of the head of state, or other anniversaries of great commemorative significance; some are also Saints' Day, the patron saint of the country.

1. The origin of the National Day

National Day is a new, national holiday form, carrying the function of reflecting the cohesion of our country and nation. 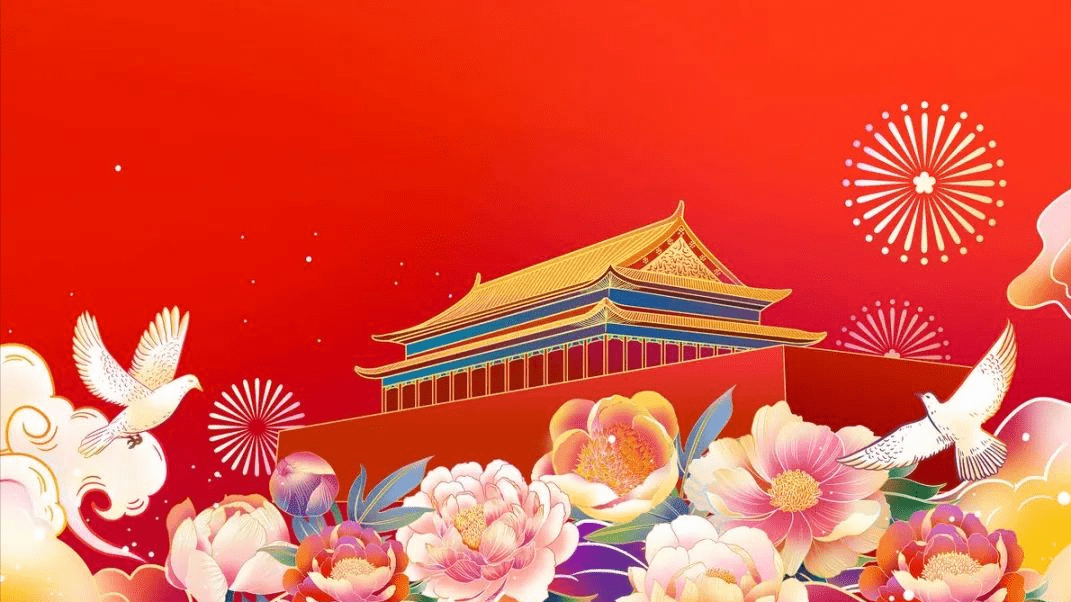 2.The history of the National Day

The term "National Day" originally refers to a national celebration, which was first seen in the Western Jin Dynasty. Lu Ji, a writer of the Western Jin Dynasty, once recorded in his article "On the Five Classes of Princes" that "the National Day alone enjoys its benefits, and the main concern is not to be harmed." (The Qing Dynasty called the emperor's birthday the Long Live Festival) and so on. Therefore, in ancient my country, the emperor's accession to the throne and his birthday were called "National Day". Celebrating the emperor's birthday first began in the Tang Dynasty. Since Tang Taizong, Tang Xuanzong became popular, and it was renamed the "Qianqiu Festival". During the festival, the whole country has three days off. In the Ming and Qing dynasties, the "Longevity Festival" evolved from the "Qianqiu Festival" was paid more attention, and it was called the three major festivals together with "New Year's Day" and "Winter Solstice". But these so-called "National Days" are just the "private part" of the emperors, and objectively speaking, they have nothing to do with the common people. The "National Day" that really rose to the height of "one country, one dream" began in the Republic of China.

It is said that New China was originally planned to be established on New Year's Day in 1950, but when Liu Shaoqi visited the Soviet Union in July 1949, Stalin and the Central Committee of the CPSU suggested that "the sooner the state is established, the sooner the legitimacy of the Nationalist government will end", so the party accepted According to the opinions of the Soviet comrades, the establishment of the country was selected on October 1. In fact, October 1st is not the "Founding of the People's Republic of China" day. The real "Founding of the People's Republic of China" is September 21st. On this day, Mao Zedong announced the birth of the new China in his opening speech at the first session of the Chinese People's Political Consultative Conference. As for the "National Day", it was proposed by Xu Guangping in place of Ma Xulun at the first meeting of the First National Committee of the Chinese People's Political Consultative Conference. Mao Zedong responded, "We should make a proposal, make a proposal to the government, and let the government decide." 1949 On October 2, 2009, the Central People's Government passed the "Resolution on the National Day of the People's Republic of China", which stipulated that October 1 every year as the National Day, and used this day as the day to declare the founding of the People's Republic of China.

4. The origin of the flag

5. The origin of the national emblem

On September 20, 1950, Chairman Mao Zedong of the Central People's Government issued an order to the whole country to announce the national emblem. Since then, my country's solemn and beautiful national emblem was born. The constitution of our country stipulates: "The national emblem of the People's Republic of China, in the middle is the *** under the five stars, surrounded by ears of grain and gears." The meaning of the national emblem of the People's Republic of China is: it symbolizes the new democracy of the Chinese people since the "May 4th" Movement. The birth of a new China of the people's democratic dictatorship based on the revolutionary struggle of the Communist Party of China and the alliance of workers and peasants led by the working class. The national emblem uses red and golden red to set off and contrast each other in color, reflecting the unique national color and tradition of auspicious and festive longevity of the Chinese nation, which is both solemn and rich.

6. The origin of the national anthem

On September 27, 1949, on the eve of the founding of the People's Republic of China, the first plenary session of the Chinese People's Political Consultative Conference decided that before the national anthem was formally formulated, the "March of the Volunteers" written by Tian Han and composed by Nie Er was used as the national anthem.

In 1978, the "March of the Volunteers" was officially designated as the national anthem of the People's Republic of China through the first session of the Fifth National People's Congress.

Don't go to the "hot spots" to join in the fun, the National Day is seven days, a rare long holiday. Many places, especially popular scenic spots, are everywhere

People are crowded by people. Therefore, when traveling during the National Day, try to avoid popular scenic spots, and don't let watching the scenery turn into watching people's heads. During the National Day, many people will choose to travel by car due to free high-speed traffic, so that many cities have become "blocked cities". Xiaoyujun suggested that if you travel far, try to choose public transportation. At the same time, it is best to choose off-peak travel, try to avoid the peak travel period and return peak period of the holiday. There are many spare parts and thick clothes. The weather in October has entered autumn, and the temperature difference between morning and night is large. Go out and spare more thick clothes for morning and evening needs, so as to avoid cold. Obey the law and don't be impulsive. Obeying the law is the basic obligation of every citizen. When you go out, you must abide by the relevant laws and regulations, and do not harm the rights and interests of others for your own selfish desires, and ultimately harm others but not yourself.